Home Rants Oh, for some service! 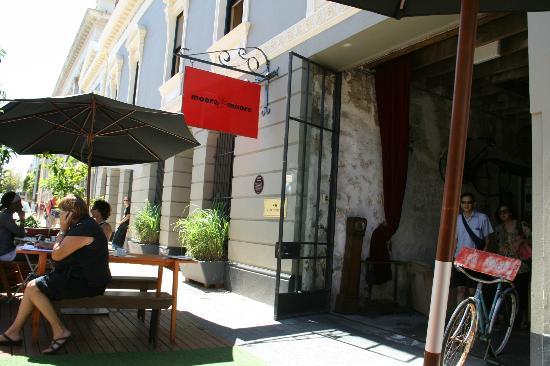 We tried to have lunch at your cafe yesterday and were really disappointed to have to leave unfed!!

This cafe has a great concept but it sadly badly let down by a terrible staff attitude which borders on being down right rude and certainly completely disinterested in providing any service.

We admittedly arrived a bit late at 2.20pm, although we had checked online where we found no reference to the kitchen closing at 2.30pm. Regardless we should still have been in time to get lunch had the staff been interested.

Unfortunately they weren’t. Having never been to the cafe before we did not know whether there was table service or we had to go up to order, so we took a table and sat down presuming one of the staff would at least talk to us. After 5 minutes (2.25pm) of being ignored, I got up to find a staff member and ask whether there was any table service. The rather rude and disinterested response I got was “No! Go to the counter”. It wasn’t so much the words, but rather the attitude and delivery of the words that really grated. No welcome. No friendliness. No interest is us as customers.

And importantly no mention of “please place your order quickly, as the kitchen will close shortly”

We wanted 2 panini and a steak sandwich. Not complex in culinary terms. The panini appeared to be already prepared in the bay marie.

I have to say I was a little irritated by this stage and just walked off. As I walked off one of the younger staff members did try to point out that the panini were available. However the more senior staff member or chef (not sure which) told him not to bother; and no attempt was made to serve us further.

I did ask to speak to the manager and was met with blank looks as though the concept of management didn’t equate let alone there being the possibility of a manager existing. Perhaps thats the problem!

Pity the have had such an unpleasant experience after the first impression was so promising and exciting. And in subsequent conversation with other local Fremantle residents, it seems my experience was unfortunately the rule rather than the exception. Nice place! Terrible service/staff attitude.